…Wherein my NICE COLLABORATOR says NICE THINGS about our collaboration and other nice things are mentioned!

2. Brief mention of same in the New London Day.

…Wherein am mentioned in same breath as frikkin EDWARD LEAR (“The Yongy Bongy Bo” is the FIRST POEM I REMEMBER from being read to as a kid) and SHEL FRIKKIN SILVERSTEIN (who DIDN’T read “Where the Sidewalk Ends”?) and OGDEN NASH!!! (When I wrote a poem about a Starbucks Boy in the springtime of my twenties, my father announced, “It’s like a cross between Shakespeare and Ogden Nash,” and I FORTHWITH went and looked up Ogden Nash, as I’d never read his stuff before, and LO I FELL UNDER HIS INFLUENCE!!!)

4. Pictures from (aforementioned) Brimstone Rhine’s DEBUT CONCERT!
…Wherein I wear a scandalous stripy corset gifted to me by JULIA RIOS VOICE OF THE RAINBOW and use egg whites for hair mousse. And sing my own songs. For a live audience. A LIVE AUDIENCE. With REAL MUSICIANS playing with me. And maybe there was a standing ovation. But it’s okay if you don’t believe me.

…Wherein I giggle a lot. And correct the spelling of my last name.

…Wherein the poet begs us NOT to bake people into pies. Not even Gauls.

7. Outer Alliance Podcast INTERVIEW [about 53:33 into the whole episode] about Brimstone Rhine.
…Wherein I chatter A LOT and even SING a little at the end! 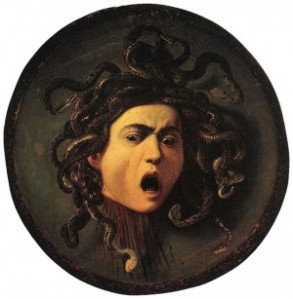 OH!!!
And here are some pictures from my Chicago trip and the recent concert in Mystic, CT–just for fun: 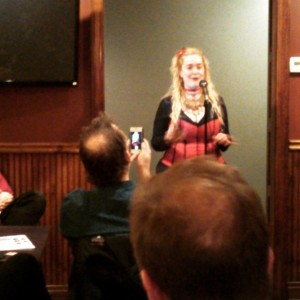 Gumbo Fiction Salon Feature Reader. I did “Little Sally and the Bull Fiddle God” and “Saga of Captain Jens” and read a bit from “BONE SWANS.” 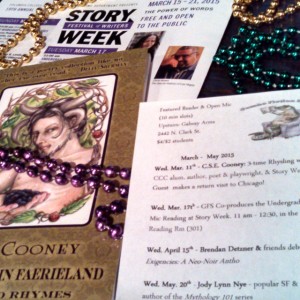 The Sale Table at the Gumbo Fiction Salon. 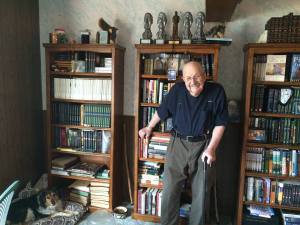 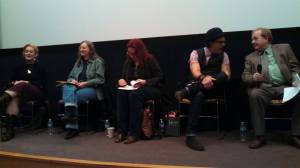 Oh, gosh. And here’s an article about the panel that’s pretty SWELL! 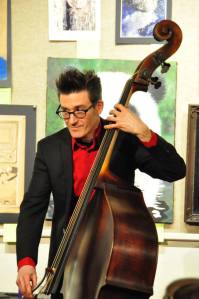 Jack Hanlon on the Bull Fiddle. 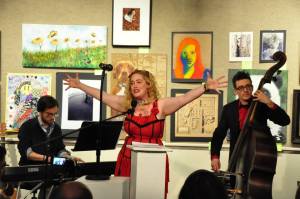 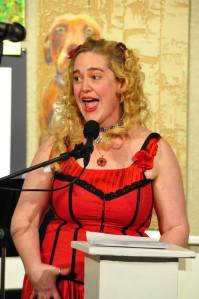 Another Gratuitous Picture of Yours Truly, C. S. E. Cooney! 🙂