Ghosts in the Groove: A Long Day’s Journey Into Night and Other Weekend Adventures 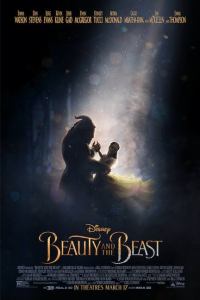 All last week I worked on a SECRET PROJECT that I’m sure I’ll be allowed to mention soon (when? WHEN? I dunno. But SOON!). Monday-Thursday. At home, right there in my study. SELF-MOTIVATIONS GALORE!

I really wanted to be done by Thursday evening, when Hernandez would be trundling in from New York, and we got really down to the RAPTUROUS ADVENTURES OF THE WEEKEND.

FRIDAY: “It crunched most satisfyingly.”

An 11:35 AM showing of Beauty and the Beast at the Mystic Luxury Cinema! Julia Rios, joining us. She had already seen it, but she is a nuanced re-watcher, and it was Carlos’s and my first time.

An in-depth discussion ensued–what was impressive, what was missing, how it compared to both the animation and the Broadway musical iteration (both of which I am thoroughly conversant in).

How the moment Belle decides not to leave the Beast to the wolves is also the moment when she is no longer a prisoner, not truly. The shared love of books. The scene with the horse which I believe was lifted straight out of Robin McKinley’s book BEAUTY. The interestingly unhinged Gaston who manages to be just a leeetle too disturbing for a caricature. That moment with the wardrobe, when the youth, now dressed in a gown and cosmetics, instead of screaming and running like the others, smiles beatifically, and she urges him, “Be free!” Oh, and just . . . AUDRA MCDONALD!!! IN GENERAL! Yes, yes, and I’m probably not saying anything everybody else isn’t; I’m just late to the game, as usual. 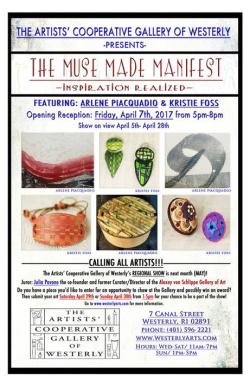 The Mystic Luxury Cinemas, meanwhile, was beautiful. Small, with an old-fashioned feeling, and yet the seats were STATE OF THE ART.

I got good news in my email–some positive movement on my novel manuscript, nothing Earth-shattering or definitive, but movement AT LAST–while leaving the theatre.

In the general mayhem and dancing that ensued, Julia’s iPhone went FLYING, and then her heel went CRUNCHING, so we ended up piling into the car and driving into New London to drop it off for repair. Then we ate at the Olive Garden to celebrate.

Then we scooted back to Westerly for our First Friday open mic. It was, if I may say, just as fulfilling as the LAST ONE! Which had been the best thus far! We had barely five minutes left after all the wonderful readers/reciters to scoot over to the ACGOW and see the newest show, featuring Arlene Piacquadio and Kristie Foss. I LOVE ENCAUSTICS! AND POLYMER AND PORCELAIN!!!

SATURDAY: “The past is the present, isn’t it? It’s the future, too.”

On Saturday, Hernandez and I went back to New London. Doctor Doctorpants was in need of PANTS, and Crystal Mall (we’d heard) was the place to GET THEM. We arrived early, just as the mall was opening, and had such good luck at the first store that we were out by 10 and a bit bewildered over how to wile the next five hours till our show started at three.

Oh, but I will tell you more of the show presently.

First, we went to Muddy Waters Cafe, right in the heart of New London. I knew the coffee would be really good there (for Carlos), and I knew they had sandwiches (for me). We had a delicious time eating and drinking. I read him another chapter of Bujold’s Memory. He’d mistaken his copy of Keramet Reiter’s 23/7: Pelican Bay Prison and the Rise of Long-Term Solitary Confinement, which he is reading for short story research, for The Amazing Adventures of Kavalier and Clay, which is he reading to ME. So I said, “Read me a bit of 23/7!” I’ve already read it, because it was my honor to narrate it for Tantor Media last year. So he did, and it was just beautiful. Heartbreaking, but beautiful. That bit about the Soledad Brothers.

Then we stopped in at the Hygienic Art Gallery, just to see what was going on. And then we went to Ocean Beach Park, where we played video games at the Arcade and walked along the boardwalk and nature path. Then we went into the car, and I read him another chapter of Memory. (Yes, we like going on long walks and reading books. We’re like an ad. For something. Low blood-pressure, probably. Except–probably not, for we’re both highly excitable, and me, I have a temper. So it’s probably good I like relaxing things because otherwise my head would pop off.)

We had about 45 minutes left before 3–and our SHOW!!!–which was just five minutes away–so we hopped back over to Dev’s Bean and Bistro for a cuppa. Well, I had a cuppa. Hernandez had a diet coca cola.

AND THEN! AT LAST! OUR SHOW! 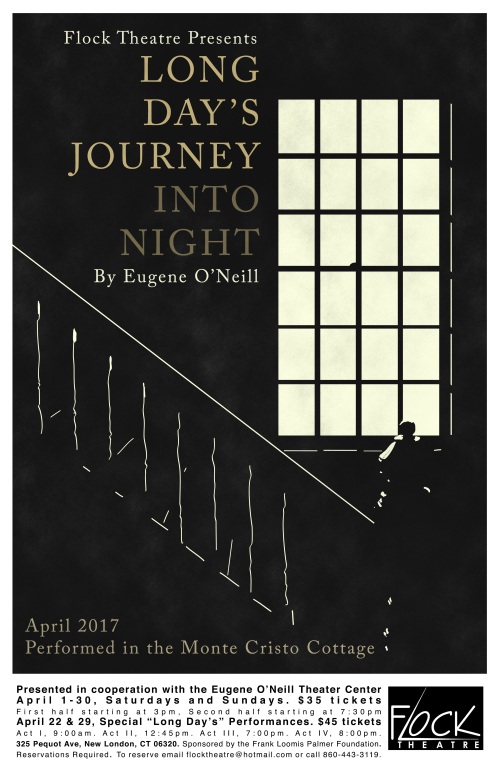 Flock Theatre, presented in cooperation with the Eugene O’Neill Theatre Center, is putting on Eugene O’Neill’s A Long Day’s Journey Into Night–AT MONTE CRISTO COTTAGE, where Eugene O’Neill’s family spent their summers throughout his childhood and early adulthood. It’s the HOUSE where the PLAY actually TAKES PLACE.

Both the original and the extended run SOLD OUT before opening weekend! LUCKILY, I was on top of things, and bought tickets a month ago! Both for Hernandez and me, and later, for Sita and me on the 23rd, so I get to see it TWICE!

It was very good, very fine. But as my friend Anne Flammang (who plays Mary Tyrone) said in an email, “The play is too too, if you know what I mean.” (Italics my own.) 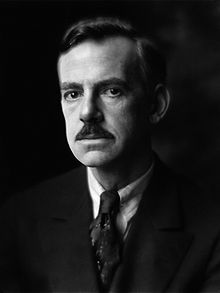 But talk about a HAUNTING. I tell you, I am very sad that “haunting” has become such a blurb-y short-cut of a soundbite to describe things, because it’s the perfect word now, and I don’t know how often it is.

Imagine it: the most autobiographical of O’Neill’s plays. Taking place in the actual room where the whole play takes place. In the house where he spent summers. Talk about actors endowing objects with intent? The entire HOUSE is an endowed object! That’s the first “haunting.”

The second “haunting” is the text itself. It’s a play where we see a single day of a family’s life, and we hear, in excruciating detail, and in looped repeat, all the old grievances played and replayed, the cycles of explosive temper, periodic affection, connection, repellent rappelling off one another, careening into darkness. From time to time a revelation. It reminded me of that old Melville Davisson Post quote from Uncle Abner, Master of Mysteries:

“…It is the dead who govern. Look you, man, how they work their will upon us! Who have made the laws? The dead! Who have made the customs that we obey and that form and shape our lives? The dead! And the titles to our lands-have not the dead devised them?…If a surveyor runs a line he begins at some corner that the dead set up; and if one goes to law upon a question the judge looks backward through his books until he finds out how the dead have settled it-and he follows that. And all the writers, when they would give weight and authority to their opinions, quote the dead; and the orators and all those who preach and lecture-are not their mouths filled with words that the dead have spoken? Why, man, our lives follow grooves that the dead have run out with their thumbnails!”

I think I read that quote in a Neil Gaiman book somewhere, but I don’t remember where. American Gods? Anyway. It’s like that–we’re watching ghosts, following their painstaking, painful grooves. And we’re right there in the room with them. They look through us, past us, but they cannot see us. Maybe we’re the ghosts.

The third “haunting” is memory. O’Neill is writing his memories, but the characters themselves are all feeding on and bleeding out memory. You feel the characters, in their present, are so stuck in their pasts that they, in fact, have no future. Mary Tyrone says, at one point, “The past is the present, isn’t it? It’s the future too.” And THAT, as Hernandez noted, “is ghost talk.”

Oh, I am sure DISSERTATIONS UPON DISSERTATIONS have been written about this play, and I’ve not read a one of them. I read it on the page once, and studied it a little, back in high school. I remember coming away with the thought that O’Neill has no subtext. Everything is spoken. At length.

It works better on stage, out loud. I should have known!

It’s more of a symphony than a dramatic structure. The movements. The themes. The leitmotifs. Those moments of furious crescendo, fading to the specter of pianissimo. It was like watching music adapted to a different medium. Music without music.

I liked the fourth act best. It burst out shining and visceral. The wounds were, not old scar and memory, but fresh and raw. I do not think it could exist separate of the bulk and weariness of the first three acts, though. I must gird my loins to see it again.

I think my mother will love it. 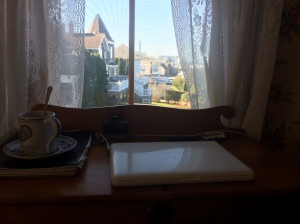 Yesterday, Sunday, we began our writing retreat in this house by the sea. I can see the waters of Watch Hill from my window.

Yesterday, I gutted the first draft of Desdemona and the Deep. I wrote an outline, and fitted all the newly shattered jigsaw pieces into the order they shall be reappearing. And then I’ll rewrite the whole thing.

Hernandez is busy working on a short story, and line edits for the first third of his novel-in-progress. Last night we went to the Matunuck Oyster Bar in South Kingston, where there was swordfish and jambalaya and scallops ceviche.

We are very happy.

2 responses to “Ghosts in the Groove: A Long Day’s Journey Into Night and Other Weekend Adventures”